Biden can finally claim he discussed rights and freedoms with Erdogan, leaving behind the embarrassment the Turkish president caused in September when he stated Biden had “never mentioned” human-rights abuses in their personal conversations, while Erdogan got another desperately wanted photo opportunity to shore up his domestic image as a statesman.

But make no mistake: US-Turkish relations remain a train wreck waiting to happen.

The questions journalists hurled at Biden as the two men headed into their meeting Sunday reflected the rising tensions: “Will you give F-16s to Turkey?” Then, twice each, “Will you raise human rights?” and “Is Turkey getting too close to Russia?,”

Days before, Ankara deployed more troops to northern Syria in preparation for another cross-border military operation targeting Washington’s Syrian Kurdish-led partners in the fight against the Islamic State. When Turkey launched its 2019 incursion following President Donald Trump’s hasty decision to withdraw troops from Syria after a phone call with Erdogan, Biden — then in campaign mode — assailed Trump for his weakness, accusing him of “demolishing the moral authority of the United States.”

After their Rome meeting, Erdogan could have put Biden in the same embarrassing position with yet another fait accompli in Syria, exposing Biden’s deterrence as a paper tiger and his lifelong expression of support for Kurdish rights just empty words. And Erdogan might still follow through with his threats, as the Biden administration signals a waning interest in an active Syria policy.

Team Biden also narrowly averted a confrontation in late October as Erdogan threatened to expel 10 Western ambassadors — including the US envoy — who issued a collective statement demanding “a just and speedy resolution” to the court case of Osman Kavala, Turkey’s imprisoned minority-rights advocate. When Washington led its nine partners in walking back its stance with an ambiguously worded statement that allowed Erdogan to claim victory, the Turkish president dropped the threatened expulsions. Yet Erdogan saw that Biden will bend when subjected to pressure.

Erdogan also showed up in Rome having threatened a month earlier to purchase a second Russian S-400 air-defense system and warned through a senior official that Ankara would procure Russian Su-35 and Su-57 warplanes unless Washington delivered the F-16s Turkey needs to upgrade its aging fleet. The Turkish president appears to have left Rome with the impression that Biden pledged help to secure the approvals necessary for the F-16 sale. In fact, Biden’s ambiguous comment on the matter sugarcoated the significant obstacles sanctions in effect for Turkey’s first S-400 purchase and the congressional freeze on all major arms sales to Ankara pose.

In Rome, Biden and his foreign-policy team tried hard to walk a tightrope as they dealt with NATO’s most erratic leader, who has no qualms about using military force to create facts on the ground or playing a spoiler role within the transatlantic alliance by cozying up to Russian President Vladimir Putin. Biden provided Erdogan not only the allocated 20 minutes but an additional 45, which Turkey’s pro-government media spun as a victory. Perhaps that extra time enabled Biden to put an overdue emphasis on “democratic institutions, respect for human rights and the rule of law,” per the White House readout. Biden pledged to have a human-rights centered foreign policy, yet if Erdogan faces nothing more than a mild reprimand for his abuses, he has little incentive to stop them.

Ultimately, none of these palliative attempts to prevent Erdogan from going rogue can bring the Turkish strongman within the NATO fold or make him respect the fundamental values of the transatlantic alliance. To avoid a train wreck, whether through Ankara’s unilateral action in northern Syria or procurement of further Russian weapons, Biden needs to add to his careful management of Erdogan’s fragile ego strong deterrence built on concerted transatlantic action. Sweet talk will go much further if backed by concrete actions. 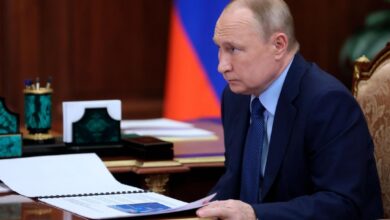