The Kremlin has been moving troops toward the border with Ukraine while demanding Washington guarantee that Ukraine will not join NATO and that the alliance will refrain from certain military activities in and around Ukrainian territory. The crisis has provoked fears of a renewed war on European soil and comes ahead of a planned virtual meeting next week between President Biden and Russian President Vladimir Putin.

“The Russian plans call for a military offensive against Ukraine as soon as early 2022 with a scale of forces twice what we saw this past spring during Russia’s snap exercise near Ukraine’s borders,” said an administration official, speaking on the condition of anonymity to discuss sensitive information. “The plans involve extensive movement of 100 battalion tactical groups with an estimated 175,000 personnel, along with armor, artillery and equipment.”

The unclassified U.S. intelligence document obtained by The Post, which includes satellite photos, shows Russian forces massing in four locations. Currently, 50 battlefield tactical groups are deployed, along with “newly arrived” tanks and artillery, according to the document.

While Ukrainian assessments have said Russia has approximately 94,000 troops near the border, the U.S. map puts the number at 70,000 — but it predicts a buildup to as many as 175,000 and describes extensive movement of battalion tactical groups to and from the border “to obfuscate intentions and to create uncertainty.”

The U.S. analysis of Russia’s plans is based in part on satellite images that “show newly arrived units at various locations along the Ukrainian border over the last month,” the official said.

Details of the U.S. intelligence provide a picture that Secretary of State Antony Blinken began to outline this week on a trip to Europe, where he described “evidence that Russia has made plans for significant aggressive moves against Ukraine” and warned there would be severe consequences, including high-impact economic measures, if Russia invaded.

Biden said he is preparing measures to raise the cost of any new invasion for Putin, who has dismissed the U.S. warnings as rumors and said Russia is not threatening anyone.

“What I am doing is putting together what I believe to be, will be the most comprehensive and meaningful set of initiatives to make it very, very difficult for Mr. Putin to go ahead and do what people are worried he may do,” Biden said Friday.

The Russian military moves come as Moscow has raised eyebrows in Washington with a sudden mobilization of reservists this year and a dramatic escalation of its rhetoric regarding Ukraine. 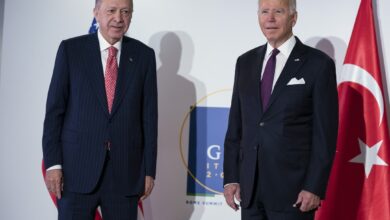 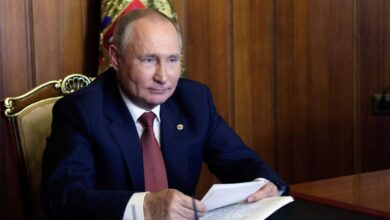 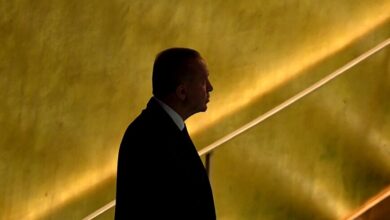